Coca‑Cola: Open the Games was an online community that ran during the 2010 Winter Olympic Games and centred on it’s 3rd person Freestyle snowboarding game.

The site allow the players to choose from numerous outfits and boards that unlocked with their progress. They could view the “Badges” they’d received for attaining certain achievements and view the Tricks they had performed. They could view and share custom rides they had created and create Teams to compete in official Coca-cola competitions.

The site was awarded an FWA Site of the Day award as well as several other site of the day awards. 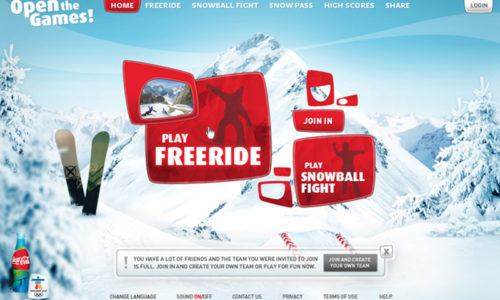 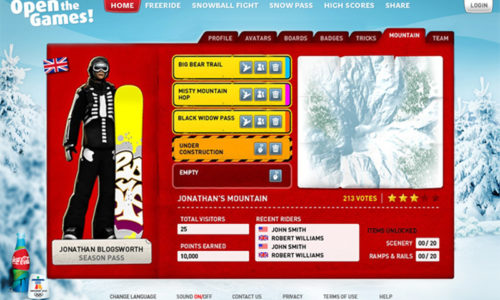 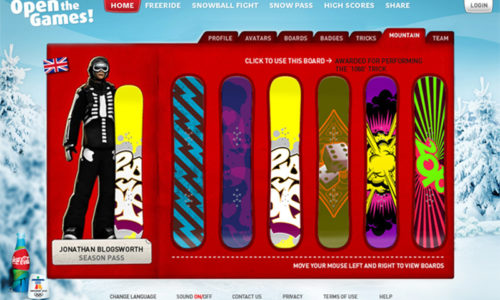