A little over a year ago I had just finished working on Rizk a tower defence style game built for the British Science Museum and was about to start working on Dalek Supremacy. I had learnt a lot whilst working on Rizk, lots of game specific code such as pathfinding and optimisations etc, but I also realised that I needed to improve my workflow and to limit the time spent building tools and frameworks that would allow me to build the games. Nearly every game I have made has required some form of level editor and no matter how different the game, the core framework is always pretty similar.

So with Dalek Supremacy, I decided I would look to third-party tools and spend my time creating and designing the game rather than building tools that would allow me to do so. A decent level editor is vital when creating games, my initial games were built using the Flash IDE which was sufficient at the time, but as the games became more complex and importantly more optimised, Flash just wasn’t up to the job (not to mention constant crashes). I probably spent 3+ weeks working on the level editor and path finding system for Rizk and although I was very pleased with the end result, I had intended to be able to reuse it with future games. However as it evolved it became more and more bespoke to Rizk, with its custom pathfinding, custom object types, custom map generation, custom this, custom that. It could still be re-used but would need stripping down and then would still need to extra work. 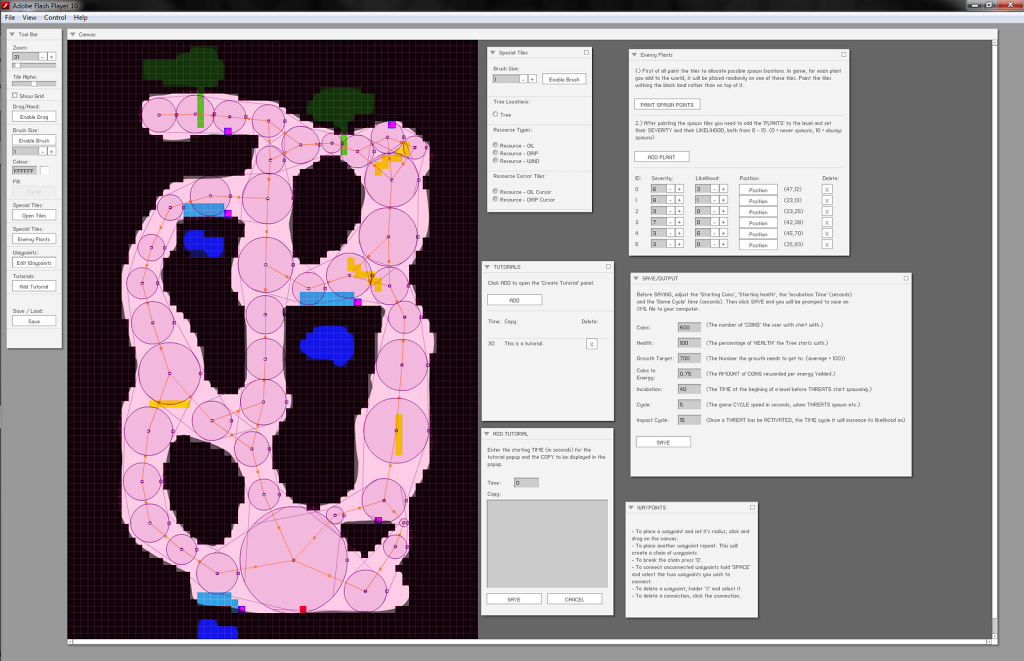 So first in my 3rd party app quest, I wanted to find a level editor that “hopefully” could be used for all games! The key features would be:

The first Editor I looked at was Mappy which has been around for a while, it’s the one all the old flash game books refer to when creating “tile” based games. However Mappy seemed pretty limited for my needs, you could build your level/map and collisions but no dynamic objects or pathing, not good enough for me. 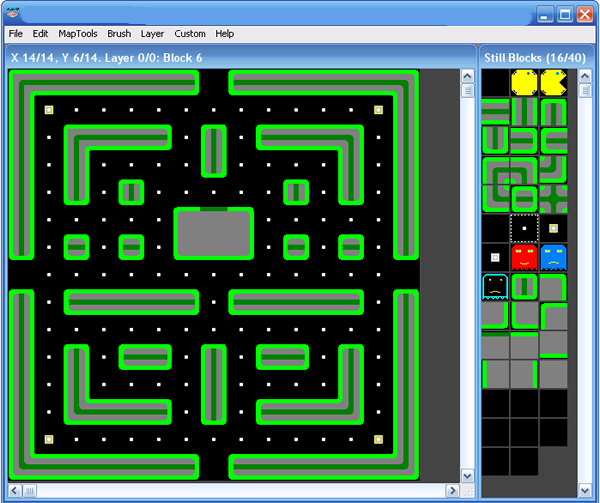 Please note that all the editors mentioned here have had many updates since I first tested them ( over a year ago) and I am sure they now contain mainly more features.

The second editor I tried was Ogmo Editor v1 by talented game designer Matt Thorson, (Give Up Robot 2). Ogmo editor is a more Flash friendly editor and had all the capabilities that I was looking for, tiles and objects (I can’t remember if it had paths or not). However, I didn’t like that you had to hand-write the XML to add features to your level, to see this and get an overall view on Ogmos, watch Zackary Lewis’s video (bellow) where he walks you through the level creation process.

[EDIT: Since writing this, Matt Thorson has posted explaining how to set up a project with new Ogmo 2 and it looks a lot nicer with a tonne of extra features. Well worth another look.]

I continued looking at number different editors and found Tiled. Tiled was great, clean and simple, and although the current release didn’t have all my features, the repo/source version did. After getting hold of this, it was almost perfect, just needing a couple of extra options which I was going to try and commit myself. But then I found another level editor.. 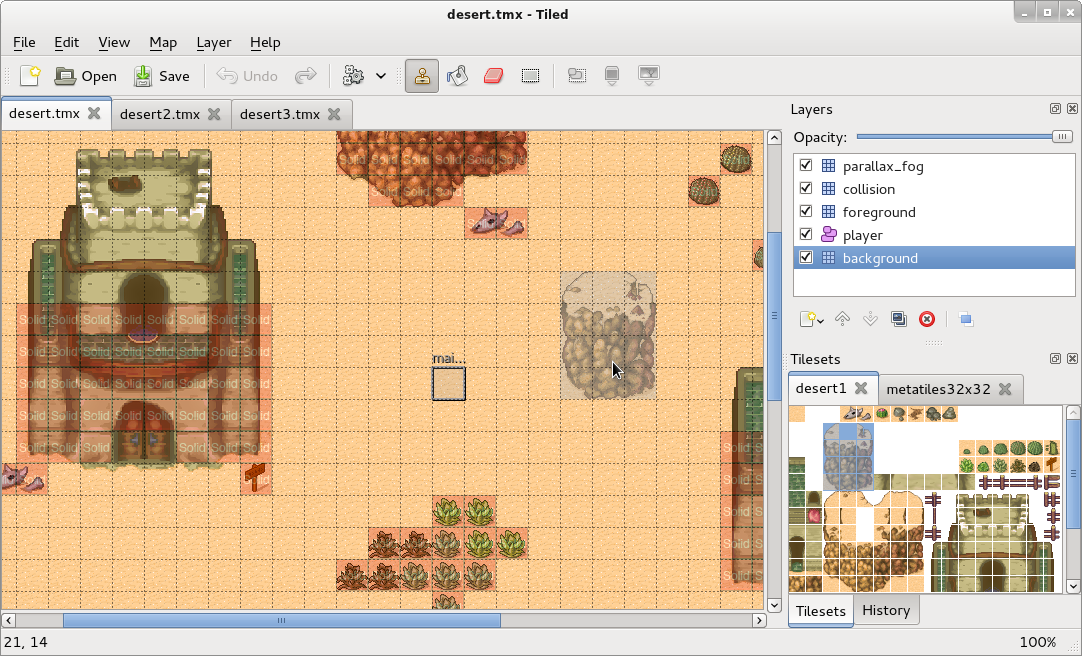 Dame (Deadly Alien Map Editor) created by Charles Goatly so that he could build his own game, does everything and more and it is constantly improving, Charles still hasn’t even started his game yet. It has so many features you’re better off checking the website out and whilst there have a look at Charles comics, the reason for the game and thus the reason for the editor. Dame has proven very versatile, at Playerthree we have used it to create a number games, from tile-based games to physics games based on paths and shapes. Charles has also been very helpful if I message him regarding a bug or to request a (small) feature, within 48 hours there is an update! Needless to say I found my Level Editor, I went on to use it as for Dalek Supremacy and also Nightmare High: Truth Specs, and has since been used in other Playerthree games such as Nightmare High: Brain Drain and the upcoming Nom Nation.

If you, like me decide to use Dame, it will save you a lot of time and definitely worth sending off a donation :)